Skyscraper observation decks are generally reserved for tourists. For many travelers, when exploring a new city, there is a need to see it from as lofty a vantage point as possible.  Maybe to get the lay of the land, to measure the breadth of it, they want to take it all in at once.

Locals can be counted on to want a birds-eye peep of our city, but will usually be satisfied with the views from one of Chicago’s myriad roof top bars or a friend’s high-rise apartment view and will avoid the observation decks atop our city landmarks.

On the other hand, neighborhoods are traditionally occupied by locals.  Chicago is famously a “city of neighborhoods” and locals know to head to Chinatown for dim sum and Devon Street for Indian food, while tourists stay close to the Loop and the Magnificent Mile.

Related: find things to do in Chicago 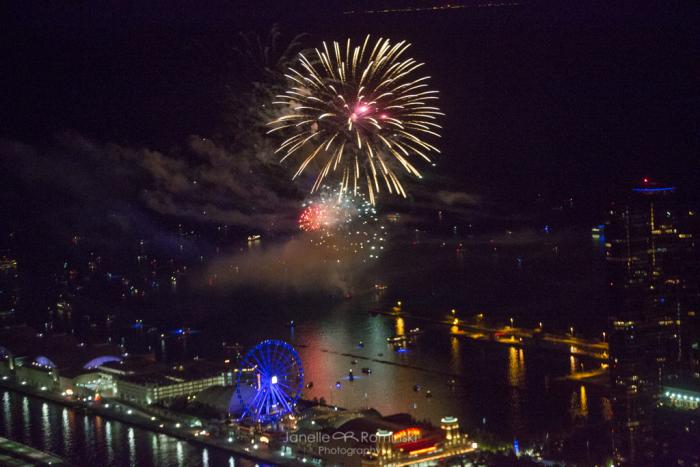 360 Chicago Observation Deck, located on the 94th Floor of the John Hancock Building, 875 N Michigan Avenue, is one of the top tourist attractions in Chicago, and they’ve also launched a multi-layered campaign seeking to change these traditions for the local and the tourist alike.

To promote 360 Chicago Observation Deck to locals, they will offer the 606 Resident Appreciation Rate every day, giving those with proof of 606 zip code residency a 50% savings on general admission.  Additionally, they offer the 360 Chi Series, a series of events that will be of interest to locals and tourists alike:

Be sure to check the website for details regarding availability and prices:  360 Chicago Observation Deck.

Chicago Shakespeare in the Parks
Next Post: etta brings the pleasures of the hearth to Wicker Park