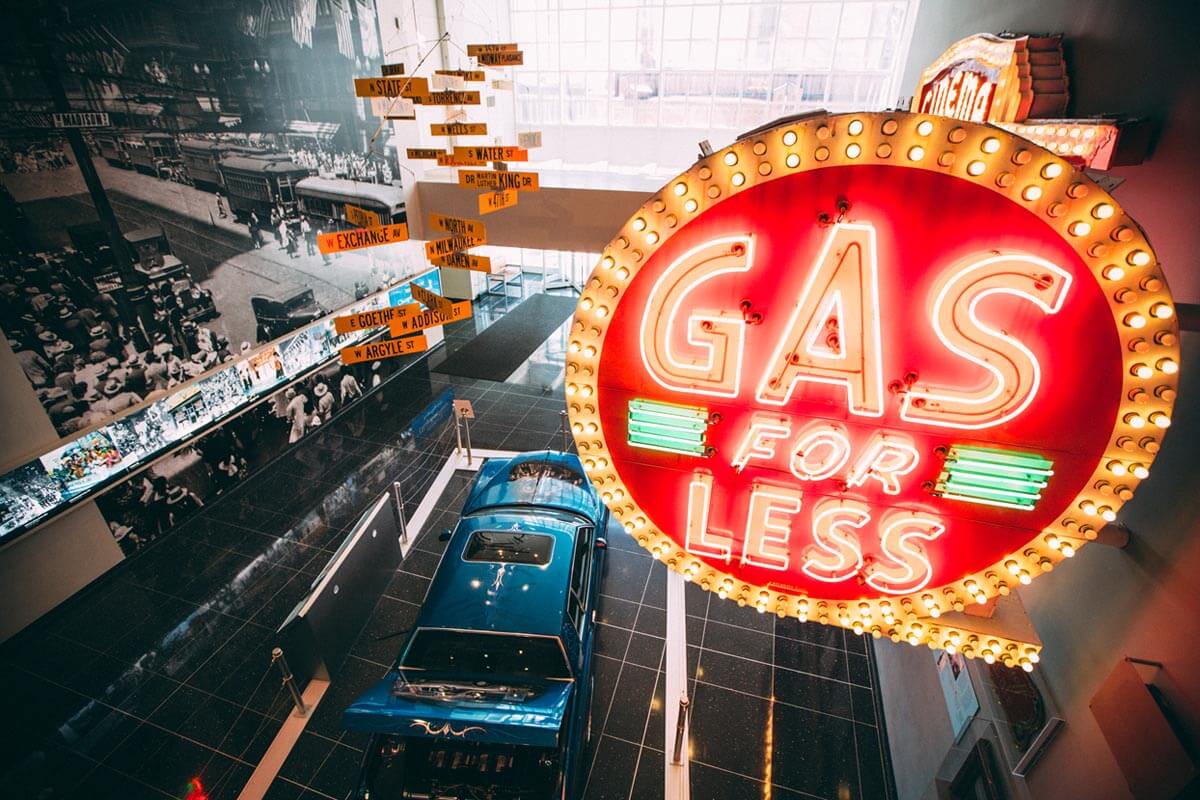 The Chicago History Museum showcases the city’s complicated history and is itself a piece of history.

Chicago has a lively past, with tragedy, innovation, and a cast of characters that could fill (and have) several novels.

The museum began when Chicago didn’t have much history itself. It was founded in 1856 as the Chicago Historical Society and its mission was to preserve, study and interpret Chicago history.

Since the city had only been incorporated since 1837, this was considerably insightful. Unfortunately the original building was located at Dearborn and Ontario, right in the path of the Great Chicago Fire of 1871. To compound that tragedy, the society was the victim of another fire just three years later.

For the next few decades the society was located in a building with a “massive stone edifice” created by Henry Ives Cobb. In 1932 it moved to its current home at North Ave and Clark Street, although there have been several additions and modifications over the years.

In 2006 the society rebranded itself as the Chicago History Museum.

The museum recovered rapidly from its early losses, and its collections boast approximately 22 million specimens. Since those can’t all be displayed at once they often have special exhibits.

Among their permanent exhibits, Chicago: Crossroads Of America is one of the most popular.

Within the Exelon Hall are interactive exhibits, artifacts from the city’s past, and the actual CTA ‘L’ car number 1.

Another favorite permanent exhibit is the dioramas. Installed in the early 1900s they depict important moments in Chicago’s history, from its beginnings as a frontier town to the Chicago fire to the World’s Columbian Exposition of 1893.

Abraham Lincoln is also prominently featured in the museum with two exhibits, one highlighting his election and the other what Chicago was like during that time.

The Chicago History Museum does a great job of bringing Chicago’s past to life, not just by its exhibits, but also by its events and tours.

They often host family-friendly and dinner events. Their themed tours help you see the city as it would have appeared years ago. Some of their most popular tours are their History Pub Crawls, which give you a dose of the past with your pint.

Admission is $19 for adults, $17 for students and seniors, and free for children 12 and younger.

Get tickets to the Chicago History Museum

Your admission includes an audio tour, and you’ll definitely want to listen to it. It does a great job telling the story of all those pieces of Chicago’s past.

The Chicago History Museum is free to Illinois residents every Tuesday* from 2pm to 9pm and on Martin Luther King Jr. Day, Presidents’ Day, March 4, and July 4.

The museum is always free for active duty military and all veterans, all active duty Chicago Police and Fire, Illinois teachers, with valid ID.

Visit ChicagoHistory.org for current events, tours, and other information.

Seven Luxurious Places to Watch the Chicago Air and Water Show
Next Post: COME FROM AWAY Will Inspire Us All