AlphaBeer: Craft Beer from A to Z 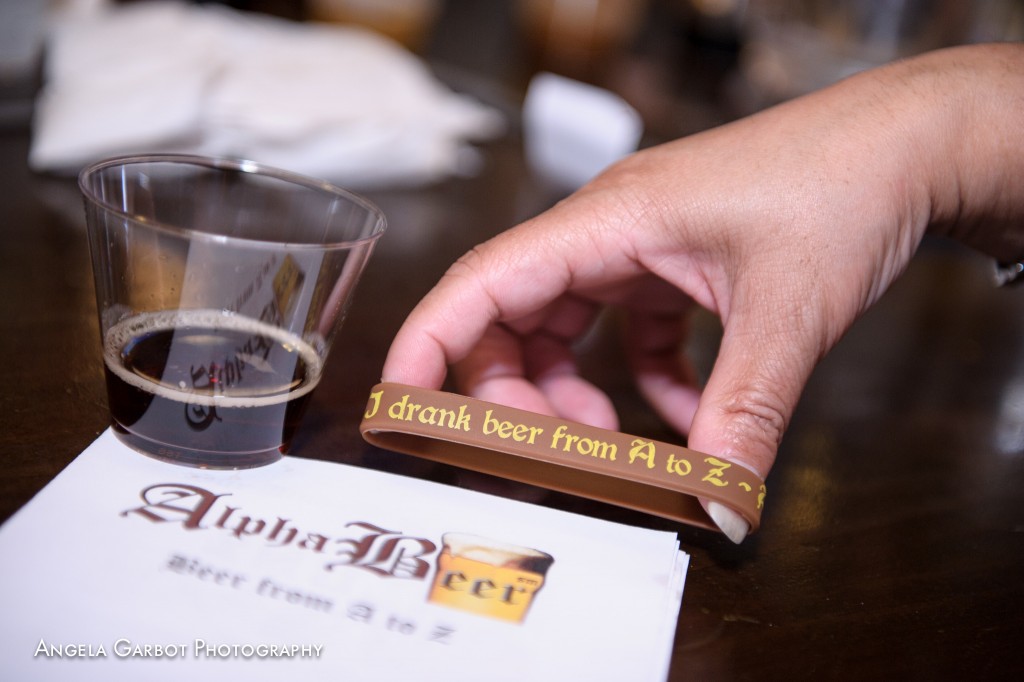 AlphaBeer is an event designed to share the excitement, complexity, and downright deliciousness of craft beer. It’s an unconventional tasting that explores beer from A to Z – literally. At this event you’ll try a craft beer for every letter of the alphabet, and you’ll be led by an expert who will guide you through the tasting.

At AlphaBeer, you won’t be waiting in line just to find out that beer you really wanted to try is already gone. Everybody gets to try every beer, and you’ll learn about each one. This event is perfect for the experienced aficionado, and it’s also fun for the “brewbie” who wants to explore craft beers but doesn’t know where to begin. Begin with AlphaBeer and take it one “letter” at a time!

AlphaBeer is a three-hour tour of hops and barley and lagers and ales, and everything is crafted by masters who are passionate about their beers.

During this tasting event, you’ll learn about the various styles, ABV, IBU and what to eat with each brew. Your take-home program means you’ll have your notes handy when you want to pick up your favorites.

At our seventeenth event, we’re excited to partner again with Barley’s Angels Chicago. This group works to expand the appreciation and understanding of craft beer among women by bringing them together with craft beer professionals to explore craft beer. As AlphaBeer is an event that was inspired by a woman and founded by a woman, we couldn’t think of better co-hosts.

Attending breweries (so far) include:

Alan Moreno is a Certified Cicerone and the co-owner, with his wife, Breanne, of Plank Road Tap Room. Located in a log cabin featuring an award winning beer garden, Plank Road Tap Room is an American craft beer and coffee bar in Elgin Illinois. The Moreno’s goal is to serve the highest quality beer in a relaxing environment and their sixteen rotating draft selections are highly curated. As Alan says, he “drinks bad beer so you don’t have to.” Plank Road Tap Room is an inviting destination for hanging out with old friends or making some new ones while enjoying the best beer and coffee they can find.

Tickets are just $50 to try 26 different craft beers, each introduced by an expert.

Beer is better with friends: Bring 5 friends and you get to go free! A table of 6 is only $250. We have a very limited number of tables at this price.

Please note that tickets are NOT refundable, but they are transferable.