Gobsmacked! Utterly Astonishes and Astounds through A Cappella and Beatboxing

“Gobsmacked” is an informal British slang word meaning “utterly astonished; astounded.”  A more apt descriptor cannot be found for the Broadway in Chicago production that opened last night at the Broadway Playhouse at Water Tower Place.  Gobsmacked! The Amazing A Cappella and Beatboxing Show created by Nic Doodson and Jack Blume features a company comprised of seven international cast members who put on a concert of pop and rock hits using no instruments, only a mind-blowing vocal show of human manufactured sounds. 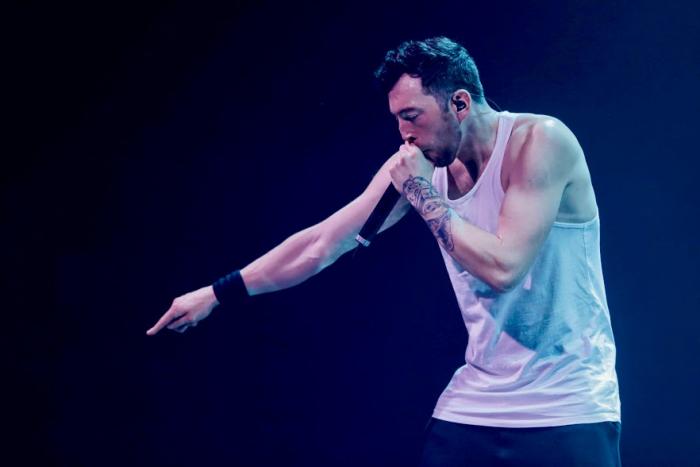 The production is reminiscent of the television show, Glee, except that these international performers are much more talented.  They energetically cover songs from Ed Sheerin, The Beatles, Queen, David Bowie, Amy Winehouse, The Killers, Prince and Lady Gaga, among others.  Two particular bright spots stand out:  1. a mashup of Adele’s “Rolling in the Deep” with Cee-Lo’s “Crazy” featuring Israel and Hayes on lead vocals and 2. a masterclass taught by Ball-Zee on the art of beatboxing.

The set design is sparse:  a wall of speakers behind two staircases that can be moved around during the performances.  The actors ascend, descend, and go through and around the stairs during each of the numbers.  The transitions between the songs seek to “tell an urban tale of love, loss and redemption” and are done without spoken words – just grunts and squeaks, mimes and gestures.  These transitions are the weakest part of the show, but the transitions are quickly forgotten when this cast does what it does best:  vocally astonish and astound its audience through song and rhythm.

Get discounted tickets to Gobsmacked* 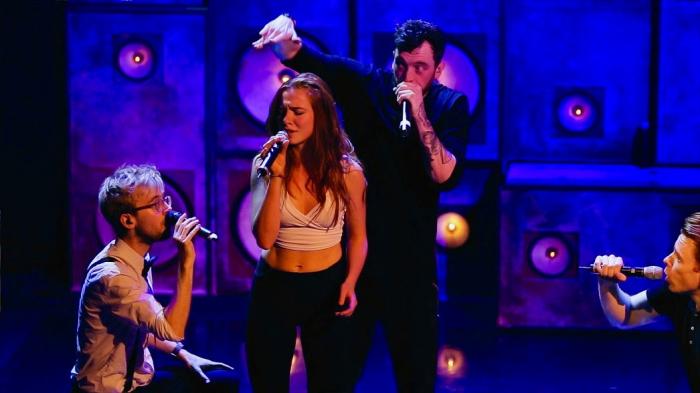 Fans of Glee, Pitch Perfect, Pentatonix and Straight No Chaser will adore this lovely show.  Gobsmacked! runs for one hour and 50 minutes with one intermission.  It will run for a limited five-day engagement through December 10, 2017.

All photos courtesy Broadway In Chicago