It’s been a while since I have had this much fun at the theatre. Jersey Boys, the Broadway musical that is a couple hours of toe-tapping good time, has rolled into town. And opening night did not disappoint. It was all I could do not to belt it out, singing along.

True, the story line is not all happy. There are healthy doses of tragedy, crime, heartbreak and betrayal sprinkled throughout. But all of it comes with a generous helping of fantastic musical stylings performed by a talented cast.

Take my word for it, Jersey Boys is infinitely worth seeing! On Chicago stage for a very limited time, the boys are back in town and the party is a rockin’! 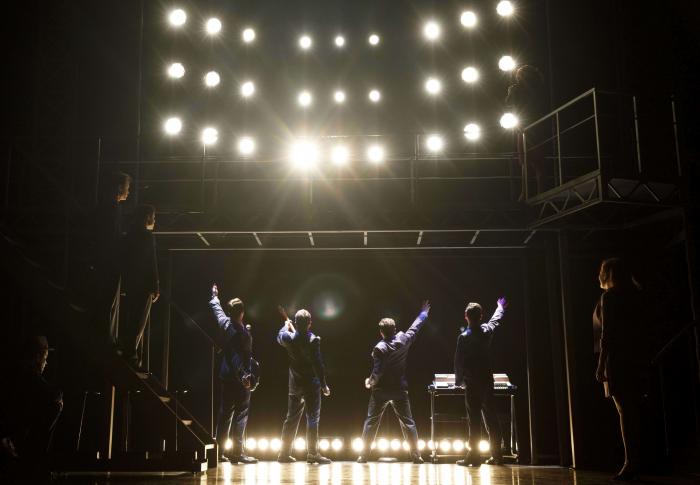 Jersey Boys is the behind-the-music story of Frankie Valli and The Four Seasons. They were just four guys from Jersey, until they sang their very first note. They had a sound nobody had ever heard… and the radio just couldn’t get enough of.

But while their harmonies were perfect on stage, off stage it was a very different story – a story that has made them an international sensation all over again.

The show features all their hits including “Sherry,” “Big Girls Don’t Cry,” “Oh What A Night,” “Walk Like A Man,” “Can’t Take My Eyes Off You” and “Working My Way Back To You.”

Jersey Boys opened in New York on November 6, 2005 and by the time it closed over 11 years later on January 15, 2017, it was the 12th longest running show in Broadway history. The show returned to New York with a new production in November 2017. The Jersey Boys US National Tour opened to rave reviews in San Francisco on December 1, 2006 and is still breaking house records in cities across North America. The show is also currently touring the United Kingdom and Australia. Jersey Boys worldwide has been seen by over 25 million people (as of January 2018).

GET DISCOUNTED TICKETS TO JERSEY BOYS

Photos courtesy of Broadway in Chicago.