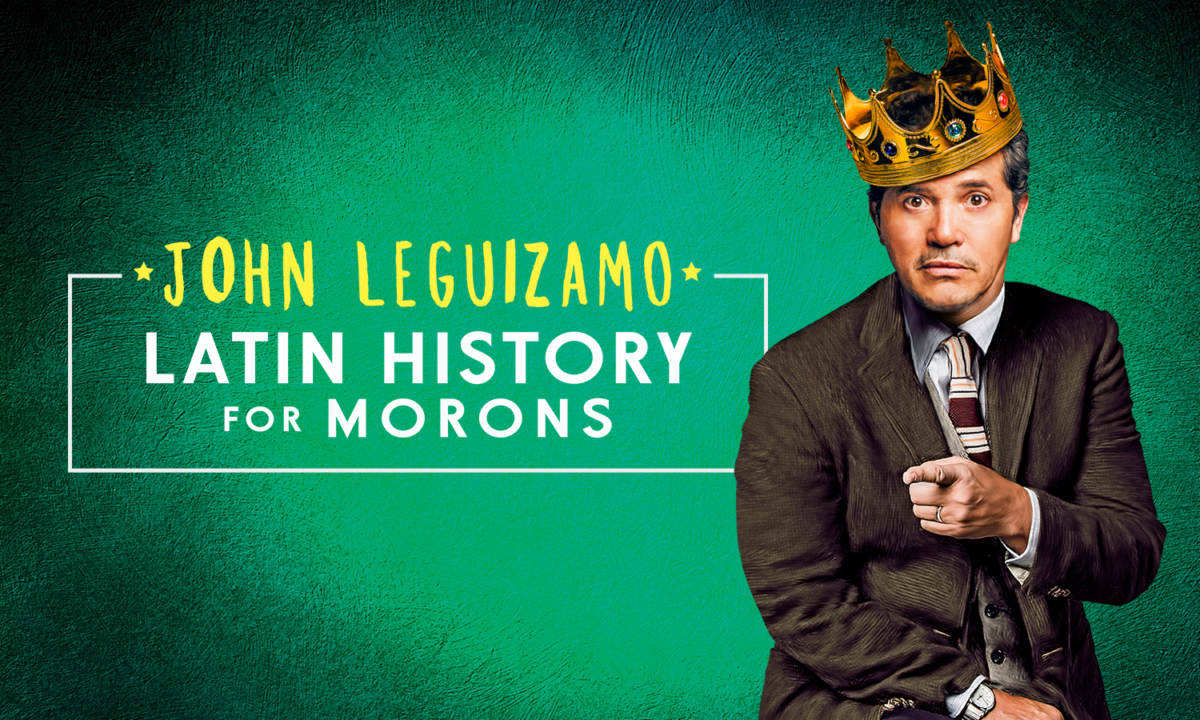 You learn something new every day, and in the case of watching John Leguizamo in Latin History for Morons, you learn a lot of new things in one night. His mission was to “destupify and deidiotize you,” and he definitely accomplished that.

Tony and Emmy Award® winner, Leguizamo, is performing at the Cadillac Palace Theater in Chicago until November 3. His inspiration behind this one man show is the extremely little presence of Latinos from his son’s American history books.

He takes you on an emotional and history-packed journey for 110 minutes, with no intermission.

The stage is set like a class room complete with a chalkboard, books and filing cabinets. Leguizamo comes out dressed very instructor-like with black jean pants, gray blazer with accompanying vest, blue and white plaid shirt with a maroon tie.

The moment he steps on stage he delves into the rich history Latinos including the Aztec empire, the Mayans, stories of Latino patriots of the Revolutionary War who never made it into the history books, how King Philip of Spain stole 500,000 tons of their gold and so much more.

Throughout the show, Leguizamo gives his audience the whole range of emotions one can experience. He was serious and he was seriously funny. He would bring you up to pull you back down in the best way. He’s the quintessential story teller and entertainer.

He used his comedy chops to be physical in every sense of the term. Leguizamo smacked white chalk-filled erasers over his head to play an older Latino man, he removed his trousers for a portion of the show revealing bright red boxers, in order to provide the right comic relief. Plus, he used the stage to his advantage and rolled through his Latino history with such ease and professionalism.

See more than just a show with John Leguizamo. See the nation in a different light and learn about how Latinos make our American culture bright.