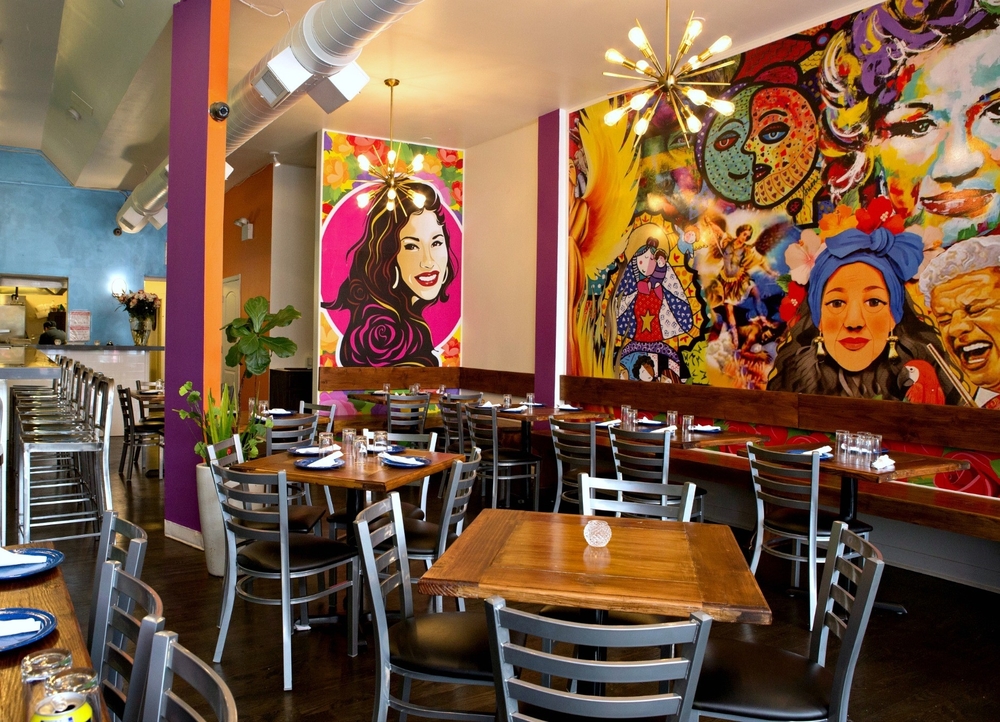 Serving up a medley of Latin American flavors

Disclosure: The Local Tourist’s experience was provided, but all opinions are our own.

Chefs Jorge Manzano and Jorge Pizana began cooking together decades ago in Mexico and spent years working in Latin restaurants across the city of Chicago, including popular tapas restaurants Emilio’s and Café Ba Ba Reeba. In 2013, they joined forces to open Tacos Tequila which has become one of of Avondale’s most popular Mexican food spots.

Earlier in 2019, they decided to expand beyond Mexican cuisine into flavors and specialties of other Latin countries, opening La Nacional. Late in the summer, however, veteran restauranteur Dudley Nieto visited the restaurant and immediately had some brilliant ideas for Manzano and Pizana.

Working together, the trio of inventive chefs began to expand the menu with additions like Peruvian ceviches, ropa vieja from Cuba, croquetas from Spain, Argentine churrasco and empanadas and more. After 2-months of tweaking, recipe development and taste testing, the 3 expanded and revamped the original La Nacional menu, re-christening the restaurant as La Celia Latin Kitchen.

Located at 2890 North Milwaukee Avenue, La Celia Latin Kitchen now serves up a fantastic menu of Latin flavors. At the moment, the restaurant is BYOB which in my estimation adds a huge extra star to any review. Although I love a good cocktail menu and often geek out over a fantastic wine list, it’s occasionally nice to be able to just bring along your own beverage and then use your budget to splurge on extra menu items.

I was recently invited to bring a friend and sample the menu at La Celia Latin Kitchen, bringing along a nice bottle of California Pinot Noir (a nice pairing with most of the items we sampled). The interior of the restaurant is bright and colorful with spectacular murals – a beautiful splash of color that was well-needed on a cold, gray evening.

During the meal, we had a chance to sample the following:

In a city filled with both Mexican and other Latin-inspired restaurants, it is lovely to find one with such reasonable price points and such superior food. The location also leads me to recommend them. La Celia Latin Kitchen is located at 2890 North Milwaukee Avenue, Chicago. If you are a public transportation fan, the restaurant is essentially equidistant from the Logan Square and Belmont stops on the CTA Blue Line. On my recent visit, I noticed that street parking seems plentiful in that area, so driving is also an easy option.

For more information or reservations, call 773-360-7536. Get more information on the La Celia website, and you can also follow their social media conversations on Instagram and Facebook. The restaurant is currently BYOB, serving dinner Tuesday – Sunday beginning at 5 p.m. They are closed on Mondays.