The Man Who Was Thursday: the Tale of Absurdities

Currently on stage at Lifeline Theatre is The Man Who Was Thursday, adapted by ensemble member Bilal Dardai and directed by Jess Hutchinson. Dardai and Hutchinson return to this 1908 satire after having first mounted it at New Leaf Theatre in 2009, to re-explore the absurdist tale of identity and intrigue for a new decade.

A shadowy cabal of anarchists has risen in London and Scotland Yard is determined to bring them down. When Gabriel Syme joins the undercover detail tasked with infiltrating the anarchists’ operations, he soon finds himself sitting on their Supreme Council with the code name “Thursday.” But as Syme unearths the Council’s true nature, it becomes clear that no one in this battle between law and chaos is as they seem. Challenge all assumptions and uncover the truth in this absorbing adaptation of the 1908 satire by G. K. Chesterton. 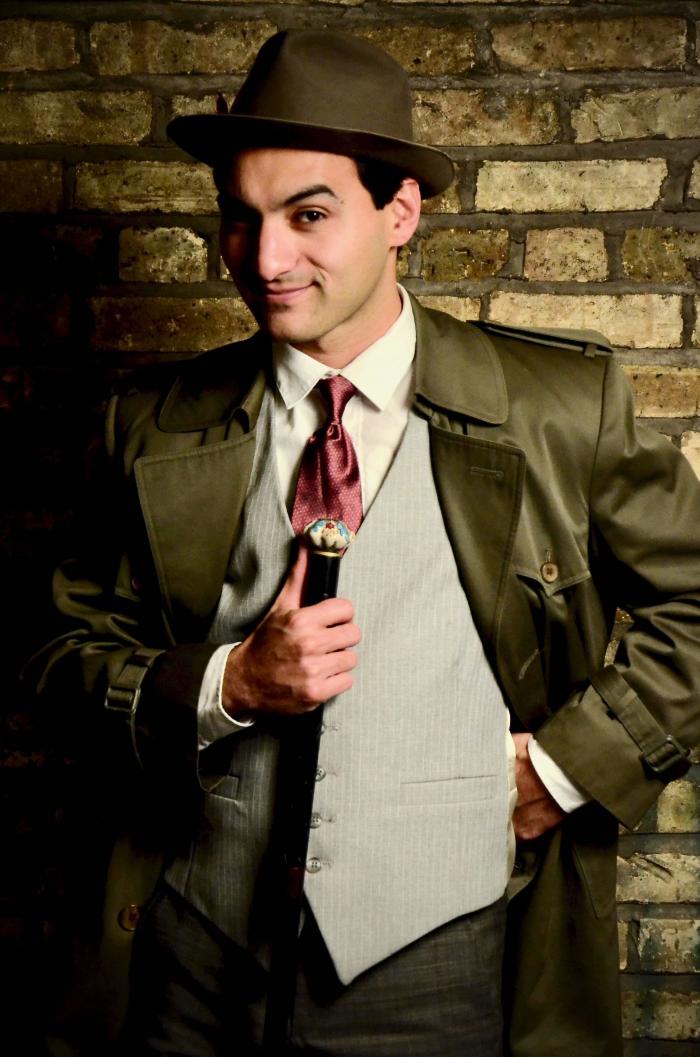 Highly entertaining, The Man Who Was Thursday keeps the viewers engaged at all times. Fast moving (and fast talking!) the play is a study in absurdities. Don’t expect to be sure of anything and prepare to laugh out loud. This is lighthearted, witty satire, so don’t take anything too seriously. Because ultimately you will probably be wrong anyway. We don’t want to give anything away. The plot has got more twists and turns than the autobahn. Let’s just say if you enjoy some intrigue, this play is a must for you.

The production runs approximately 2 hours with an intermission. The novel is on sale in the theatre lobby during the run.

The Man Who Was Thursday runs February 15 – April 7 at Lifeline Theatre, 6912 N. Glenwood Ave in Rogers Park neighborhood of Chicago. Regular performance times (February 28 – April 7) are Thursdays and Fridays at 7:30 p.m., Saturdays at 4 and 8 p.m., and Sundays at 4 p.m. Tickets may be purchased by calling the Lifeline Theatre Box Office (773)761-4477 or online.

Grant Park Music Festival
Next Post: Cochon 555 Came to Chicago and Brought me Pork from God